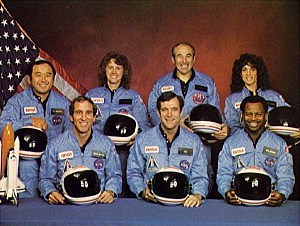 It’s hard to believe it’s been a quarter century since that fateful day when the world watched as seven crew members of the Space Shuttle Challenger, six astronauts and a teacher, lost their lives in the sky. Do you remember where you were when you heard the news?

I was working in a restaurant on Long Island, getting ready for the lunch crowd. I just happened to look up from the bar at the TV and saw the explosion as it happened…live. Almost immediately a crowd of co-workers and patrons gathered as we awaited news of what we had all already surmised, that there were no survivors.

We all have those, “Where were you?” moments in our lives. They aren’t many but they are significant.  See if you can remember where you were when:

I’m sure there are many dates I have overlooked or forgotten about here but that just proves that some dates are more significant to my memory than others. What are some of your significant dates and where were you?